FAST FORWARD TO 2017; We provide access to collections, archives, artifacts, old books, museums, institutes, antiquity authorities including scholars such as GEZA VERMES, James Vanderkam, Lawrence Schiffman, BIRK, H. GRATTAN GUINESS, FREDERICK HABERMAN, John C. Trever. You will be able to identify Eschatological, Biblical and Historic material regarding Bible text. You access the information for yourself. You Experience Bible Learning! WE HELP BRING THE PIECES TO ONE COMPENDIUM, YOU PUT THE PIECES TOGETHER …

Everyone Learns Differently; we have curated Bible Literature; Science research and History into One Compendium of Evidence.

We’ve created a collection which details the STORYLINE OF THE HEBREW  BIBLE. The Bible Curated!  The Ancient first century biblical Essene Community also curated extremely ancient text of the Dead Sea Scrolls from the deteoriation of time, sand and dispersion into many lands; bringing all the available text to one location at Qumran, Israel; that, they state, “the words might be found by future generations”. This STORYLINE Curriculum collection is the result of following their lead. We have search and researched Prophetic Biblical Evidence; including the Dead Sea Scrolls discovered in 1947 which are 2000 years earlier the any text discovered earlier. The Dead Sea Scrolls are the Original 1st Century Hebrew Bible Text; they are not a version as are every other Bible in the world; that has been translated from the original; most scrambling the context and content.

Hebrewheritage provides a space where you can find the reference material, to do the work, to fulfill your calling, to better understand in whom you have believed, to do your own study, to educate yourself. We provide visual real world relevance to subjects which have previously been difficult to teach, as well as, understand, based on previously unavailable original Hebrew Bible, commentaries and reference works, meaning other books discovered at the Dead Sea; which only became available in 1947. Today the Dead Sea Scrolls has been translated and presented in digital form for review, including the additional Books in use by the first century church. In addition, to follow the Hebrewheritage Curriculum it is required to have access to: Keil and Delitzsch Old Testament Commentaries volume set; D.D. Whedon The New Testament volume set 1871; the Dakes Annotated Reference Bible 1963-1971 4 column, The Emphasized New Testament by Joseph Bryant Rotherham 1897; The Hebrew-Greek Key Study Bible NIV 1996, as well as, Young’s Analytical Concordance, whether, hard copy, online or publish on-demand from this site.

Since 606 BC, the Bible has predicted historic events in a linear biblical STORYLINE. Most have heard Bible text in sound bites; the Hebrewheritage portfolio of websites presents the content, evidence, context and Storyline of the Ancient Manuscripts; as they were written in their original language; in a deliberate chronological historiography of Creation and Our HebrewHeritage!

Obviously this will help you understand today’s dramatic ideology war scenarios; as written in Matthew 24-Signs of the End of the Age, not world; Daniel, the clear identification of the wicked in the current, Latter Days and creates the foundation for comprehending the Book of Revelation beginning with chapter 13; which is where Daniel 12, leaves off in the ID of the Wicked of the 20 & 21st centuries. September 11, 2001 forever identified the Wicked enemies clearly outlined in Psalm 83 by nationality, geographic location, actions.

The site is a Jump Start to bring anyone up to speed, is radical extreme violence part of what the Bible is really all about. Our Calling as Teacher, mandated to provide Hebrew Bible knowledge from the point of view of; In The Beginning; the Hebrew STORYLINE; as a CURRICULUM which provides all the elements attached to the single Prophecy spoken in the Garden of Eden, at Genesis 3:15; where a Redeemer from the Original Sin is promised … the Seed of the Woman.

The STORYLINE is versed with two caveats; Her Seed, the Woman – Your Seed, the Serpent… Enmity Between the Three, until the Redeemer comes as both Lamb and Conquerer. The longevity of the enmity was given in various segments of numerical time, cycles, jubilees,etc. … as Time, Times and 1/2.

It was explained that Her Seed would Crush; while the Serpents Seed would Bruise.

The 70 nations of current Diluvian Earth, are birthed from Noah’s Sons, Shem. Ham and Japheth

The STORYLINE is the dramatic linear history and historiography of the single Prophecy; played out in the course of human history.

There are a few Major Markers to the Outline of the STORYLINE; they are:

Each Marker must be looked at in its appropriate Time Line, through: 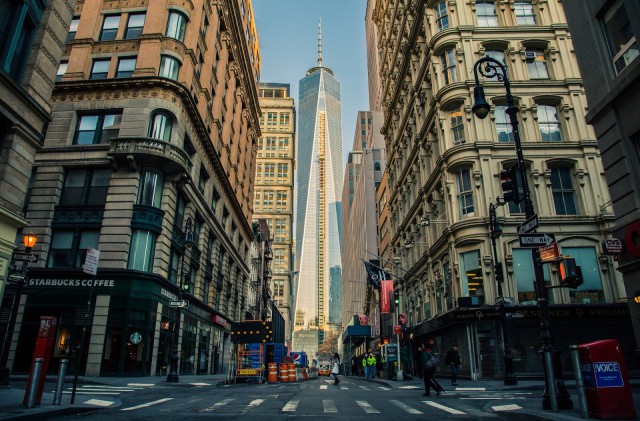 WE PROVIDE ACCESS TO BIBLE LITERACY, YOU ACQUIRE KNOWLEDGE!  Your Learning Experience! …THROUGH THE ELEMENTS OF PROPHECY!

No worries, we have done all the work for you; found the books, located the Museums, discovered Current Archaeology Evidence. You just have to connect the dots. We have looked at this material for a long time,  1984; just as one of our mentors, Sir Isaac Newton did in his time, all scholars in the 17 & 18 century had to be ministers before they could become scholars; we have come to the same conclusions as Newton, whose shoulders we stand on by the documents Newton left, the books and charts Newton produced; including the Book: Observations on the Prophecies of Daniel; as well as Newtons Chart

The Prophecy of the Seals & Trumpets. Heaven opened. The throne of God. voices thunders & lightnings

The interpretation of that Prophesy The Temple opened in heaven. The Ark seen. Voices, Thunders, Lightnings

View a transcription of this manuscript

We provide access to collections, to artifacts of scriptural significance, a compendium of ancient curated biblical scrolls, the works of the best scholars on Eschatological, Biblical and Historic material regarding Bible text. You access the information for yourself. You Experience Bible Learning!

...Creation, Universe 13.8 Billion Years Ago! Time, History, Prophecy, Prophetic Literature, Apocalyptic Events | CURRICULUM SMARTLearning | Education With A Purpose! IF IT IS WRITTEN, WE SHOULD KNOW IT! Hebrewheritageinstitute. com (c) TM 1994-2017
CHANGING THE WAY BIBLE TEXT IS STUDIED The purpose of the Hebrew Bible is to introduce the mighty works of the Creator; to the world, He Created! To Tabernacle with Man as He did in the Garden Genesis 3:8 and to announce the Redemption Process from the Fall Genesis 3:15, of Grace through, His Son; to the Glory of the Father; STARTING! IN THE BEGINNING!

WHERE WE CAME FROM | INCLUDING 7th DAY REST | SABBATH ACCOMMODATIONS